The objective of scouting is to find as many locations of turkeys as possible. You can do it both visually and by listening. The first step is to look for signs like tracks they left behind in mud, snow, or sand, scratching—when large winter flocks of these birds that scrap at the ground to find something to eat, and their droppings that should be fresh, i.e., soft and moist.

The next step is listening. Early morning is the best time to listen for turkeys waking up and strutting in a field. A point as elevated as possible is where you should stand for scouting using your ears. If you manage to find bird roosts and the ways they get there, you can tell for sure that gobblers live in this area.

When done properly, scouting out turkeys before the start of the season can be as much fun as hunting them during the season.

After your scouting is over and you identified turkeys’ travel routes, it’s time to get as close as possible to birds you want to hunt, but avoid spooking them. When you wait in an ambush, you can call in gobblers, though before, it is advisable to get ready to shoot as soon as they step into view. You can sit on a cushion behind a big tree or at an open area surrounded by portable blinds—still the objective is to lure birds to you following your calls. A couple of decoys may come in handy in this situation.

In spring, gobblers usually go after hens, so there is a lot of movement happening during the hunting day. If you found the right spot, you can just sit passively, call, and wait on turkeys to come close enough to you. Or you can draw nearer to them from time to time and arrange your next setup in a place where they are most likely to appear. Experienced turkey hunters do both to achieve a better result.

Although in the wild, around 30 turkey calling sounds can be heard, spring turkey hunters manage with just two basic vocalizations: roost clucks and hen yelps. In addition to learning to produce these sounds, you can also use special (both hand-held and hands-free) calls that can be divided into four main categories: box calls, slate calls, mouth (diaphragm) calls, and locator calls.

Sooner or later, you will be able to hunt a gobbler from a convenient position, which is actually what all this scouting and calling in was intended for. And believe us, it is a thrill like no other!

What to Wear When Going Turkey-Hunting

Since eyesight is the primary defense a turkey has, a hunter has to wear full camouflage. His face, hands, and gun should be totally camouflaged.

And, we are afraid, you do not have a choice if you want to hide from the bird’s sharp eyes—your shirt, jacket, pants, gloves, face mask—everything should be camouflage. Alternatively, you can apply special paint on your face, but staying unnoticed is essential.

Not only wearing full camo but its color is also important. In early spring or if you go turkey hunting in areas with little foliage, choose a pattern in which brown and grey predominate. Later in spring when the woods turn green, add more of these color shades for better mimicking the flora and fauna of your location. When hunting on arid lands that are too dry to support vegetation, your camo should include more yellow.

The golden rule is to match the colorations and patterns of your surroundings as much as possible.

This piece of clothing is just indispensable for a turkey hunter who carries a lot of gear that includes decoys, calls, maps, shells, strikers, flashlights, water, and snacks. A quality turkey vest not only helps you have all this stuff at hand but also keeps all these goodies well organized, silent, and secure. A turkey vest differs from other vests in that it has plenty of pockets of different sizes and shapes to hold a variety of hunting gear items. Moreover, special vests for turkey hunting offer blood-proof game bags to haul a bird you finally get back to your off-road vehicle easy and clean. Many quality vests come with the already mentioned seat cushion and padded areas on the back to make your sitting in an ambush or leaning against a tree more comfortable.

Every hunter knows that the choice of footwear depends on the area in which turkey hunting will take place. If your hunting trip envisages walking long distances, you may opt for a pair of comfortable lace-up boots. For wading deep creeks, you will be better off choosing knee-high rubber boots.

The right turkey hunting demands to fully cover the ground where you are likely to encounter these birds. So, having an appropriate pair of boots on is important to be able to move around quickly and silently.

Another factor to take into account is the weather. Are you going to hunt in cold weather? Will the weather also be wet? Is the terrain relatively flat or is it hillier?  Will your hunting route pass across areas with snakes? All these questions need to be answered when choosing footwear.

On long hikes where you go up and down a hill, Cordura or leather boots are what you need since they provide more support for ankles and make your walking easier. Calf-high rubber boots are your preferred option for wet conditions. They should be made of Gore-Tex or similar water-proof material if you are likely to come across water. To protect yourself from bites of venomous snakes, wear a pair of taller boots of a special design.

There two most often used types of turkey decoys—a hen and jake setup and a strutter.

Each type has its own ‘target audience.’ A hen and jake setup is more appropriate for vocal two-year-old gobblers that travel in pairs during the spring hunting season. Such birds are aggressive and somewhat reckless. They are not yet dominant in their rafter and look for hens that the tom did not claim for himself. Therefore, the sight of a strange jake with a hen at its side is usually more than they can stand. As a result, these gobblers make up the majority of game harvest each spring.

Strutter decoys are, on the contrary, aimed at older gobblers and, for challenging them, one can hardly invent anything better. Using this type of decoys may either make or break a hunt because every hunter will be proud to have a dominant gobbler in his collection. The ‘chief’ gobbler regards this decoy as an intruder and will cast aside caution and waddle fast to demonstrate his authority. And this is where a hunter’s gun awaits him!

Thus, a strutter decoy works the best in the areas frequented by dominant birds that often walk together with a pack of their “subordinates” whose behavior differs from that of their ‘boss.’ At the sight of a mature turkey-cock strutting around, they are reluctant to approach it and prefer to run away, which their ‘chieftain’ would never do due to his sense of pride. There is no room for error when opting for either decoy!

For turkey hunting in spring, shotguns are traditionally used, so the majority of professional hunters take a dedicated ‘turkey’ gun with them on a hunting trip. Turkey is a rather tough bird to hunt, and a shotgunner should aim for its head and break the spine to immobilize it. The act of shooting this bird is more like rifle shooting rather than wing shooting. To be on the safe side, shoot a dense swarm of pellets rather than a single pellet. Nowadays, it can be easily achieved since many modern ‘turkey’ guns and loads deliver a good shot grouping at typical hunting distances of 40 yards and closer, with some of these shotguns even stretching the effective range up to 50 yards.

The right ‘turkey’ gun should satisfy only three conditions:

A usual matte-black shotgun will do, of course, but there are also a few branded alternatives to it.

Lightweight and the least expensive, single-shot guns will do the job since they typically have fixed chokes that pattern well enough. The biggest drawback is that you can only make one shot. On top of it, they have the felt recoil with full loads.

The medium-price segment includes pump-action shotguns (e.g. Mossberg 835 or Remington 870) that are more in demand among turkey hunters. These guns are mainly available in camouflage versions and include turkey-specific models along with chokes for ducks and other birds. In contrast to the previously mentioned type, this type of ‘turkey’ shotguns allow making a follow-up shot pretty fast but still kick hard with full loads as if they were rifles to hunt elephants and not turkeys.

The third, most expensive type is made up of semi-automatic shotguns. They too enable hunters to make a series of instant follow-up shots, though with less recoil. In this class, there is a whole product line of special ‘turkey’ guns by such brands as Benelli, Remington, Browning, and others. It is worthwhile considering the semi-automatic option if you plan to use the same shotgun to also hunt other game, not just turkeys.

Gun Loads and Other Accessories

Once you have settled on a turkey gun model, you should spend some time on a shooting range to try a few loads to find out which of them is likely to provide the tightest shot grouping.

Ideally, there should be at least 15 pellets in the target featuring a turkey’s head, but what is even more important to see is a pattern of pellets mostly hitting the center and evenly broadcasting on the edges. A shell type producing holes or gaps in the shooting pattern more often than desired should be replaced with something else.

Load sizes from 4 to 6 are most popular for turkey hunting but heavier ones are also used.

A set of turkey shotgun accessories includes a shorter barrel that makes handling the weapon in the woods more convenient, a pistol grip with which your long sit in an ambush becomes more comfortable, and a gun sling to carry your shotgun all day long without getting tired.

Talking about other accessories, there is a variety of choke tubes supplied by many manufacturers to ensure either a bigger shot or its maximally dense pattern as well as different types of sights ranging from fiber-optic open sights to low-power shotgun scopes and electronic red-dot sights.

Show
Shop By
Shopping Options
Category
Stock
Price
Sign up and RECEIVE 5% OFF!

YOUR FIRST PURCHASE AND GET ACCESS TO PROMOTIONS, SALES AND MORE! 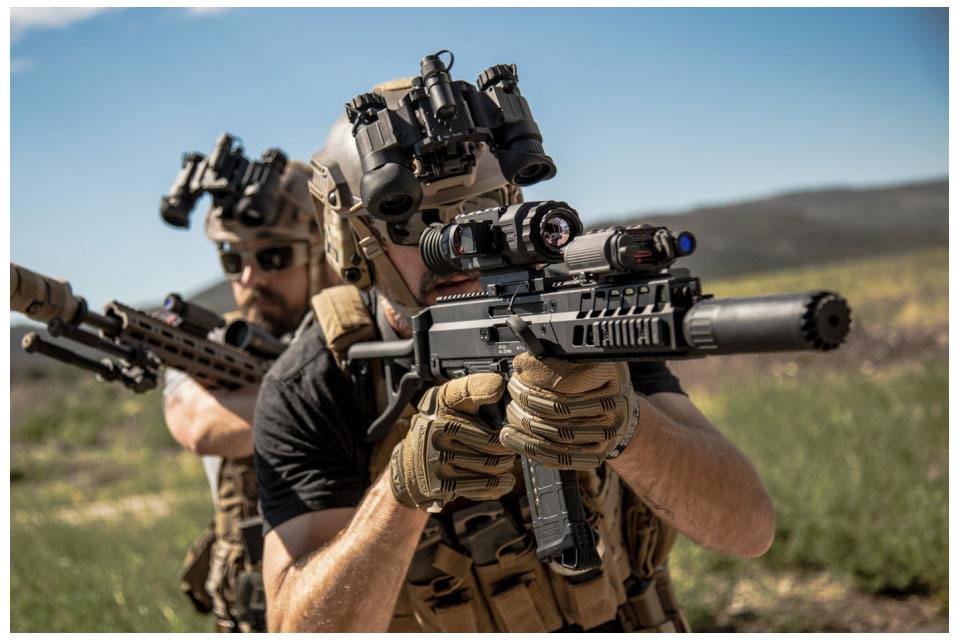